Letters should be addressed care of the School or may be sent to governors@jfs.brent.sch.uk

The Governors of the School have a range of duties and responsibilities laid down in education and charity law. These range over most aspects of school life, from student admissions and staff appointments to the finances and educational provision of the School. Governors are nominated by the United Synagogue (our Foundation Body) and Brent Local Education Authority. Parents and staff are entitled to elect representatives to the Governing Body. The Headteacher sits ex officio as a member of the Governing Body.

Every Governor each has one vote at all Full Governing Bodies and Committees (where they are a member of that Committee).   Associate members may vote at a Committee but they cannot vote at an FGB. 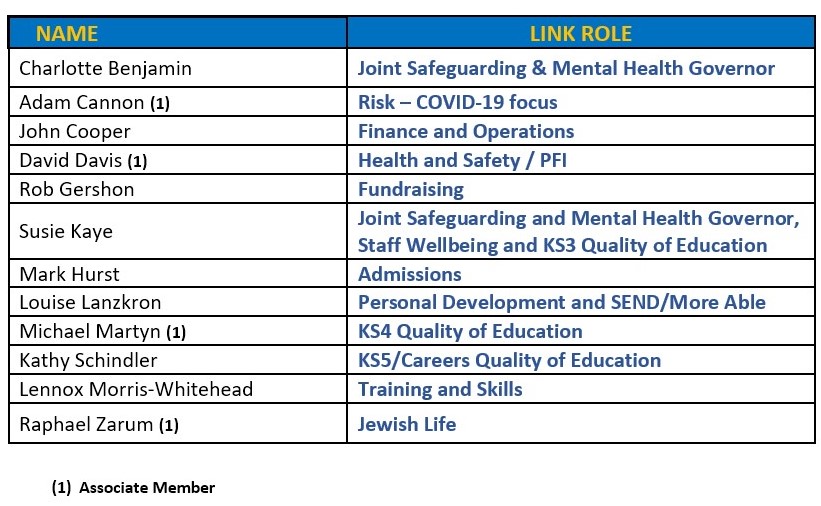 Governor attendance record for meetings can be viewed by clicking here. 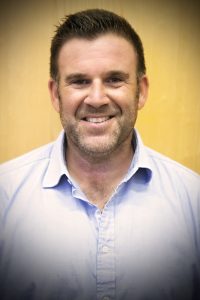 Andrew is a management/strategy consultant in the sports, media and entertainment industries.  A fully qualified solicitor, Andrew left the City for the world of sports business.  He been a local authority (Brent) governor since 2009 and was appointed the Chair of Governors at JFS  in 2019.  He works with a number of schools in Brent on effective governance, strategy and leadership. 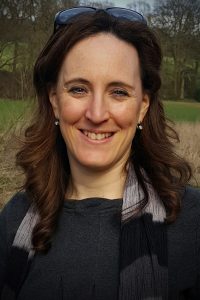 Charlotte became a parent governor in 2015 and a foundation governor in July 2018. She chairs the Curriculum, Student Wellbeing and Behaviour Committee (CSWAB) and is the link governor for safeguarding. Her eldest child has just graduated from the sixth form and her other 3 children are at JFS.

Professionally she is a GP partner in Hendon and the Chair of Barnet CCG commissioning health care for Barnet. This has won her a national accolade from Pulse Magazine as a ‘local hero’, for her work increasing NHS funds for patients with mental health problems and leading on work redesigning mental health services across Barnet. 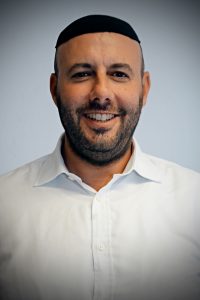 Mark has been a governor since 2017 and currently chairs the Admissions Committee. He has been involved in his shul community for many years, at various points serving as gabbai (warden), sitting on the board of management and helping to run the care and welfare group.

Mark is a lawyer specialising in commercial real estate. He has three children working their way through JFS. 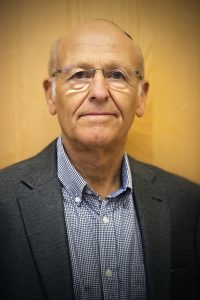 John is a chartered accountant and chartered tax adviser.  He has had a long career in lecturing in finance and taxation matters to accountants and non-accountants.  For many years he was a director of BPP, the professional education company.

John has been involved in the management and governance of many charities, including a gap year charity, a London Hillel House, Raphael –The Jewish Counselling Service, Kenton United Synagogue and also JLGB, where he is a Vice-President.

Currently he is a Trustee of the Royal Albert Hall, and a volunteer for English Heritage. 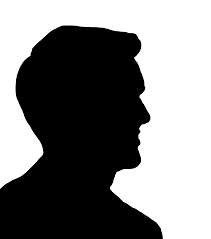 David has been newly appointed onto 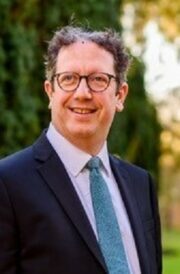 Rabbi Epstein, the US appointed Rabbi governor, is one half of the rabbinic team at the Western Marble Arch Synagogue; having previously served at Cockfosters & N. Southgate United Synagogue together with his wife Ilana, from 2014 to 2021.

He moved to Israel in 1998, where he established a PR firm, subsequently fundraised for The Arad Foundation, Pelech Jerusalem High School for Girls and was CEO of Sunrise Israel, a year-round programme for Jewish and Israeli Arab children with cancer, while studying for rabbinical ordination in Jerusalem, which he received in 2012.

Rabbi Epstein is involved in interfaith dialogue, adult education, mental health awareness in the community and is a rabbinic educator on the Holocaust Education Trust’s “Lessons from Auschwitz” programme. He holds a BSc (Hons) in Chemistry and Management Science from Imperial College London, and studied at Yeshivat Har Etzion in Israel. 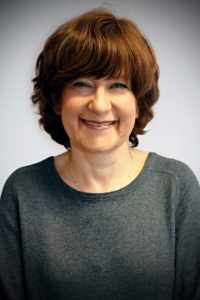 Naomi has taught in many Jewish primary schools, both as a secular and Jewish Studies teacher, and worked as project manager for the JSCP (Jewish Studies Curriculum Partnership).

In recent years she has completed an MSc in Special and Inclusive Education and an OCR Level 5 Diploma in Teaching Learners with Specific Learning Difficulties (Dyslexia) and has been working in a special unit in a secondary school.  She was previously a Foundation Governor of the Independent Jewish Day School. 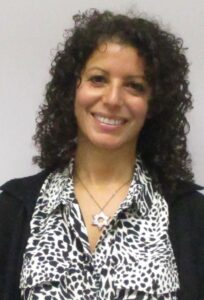 Kathy joined JFS in 1980 as a student and graduated from the 6th Form 7 years later.  She returned to JFS as a teacher four years later after completing her University studies. Kathy spent 16 happy years teaching at JFS and is delighted to be back as a Foundation Governor.

Professionally, Kathy works as an independent educational consultant, supporting school departments across the country with their teaching and learning strategies.  She also trains teachers for a leading Exam Board, having assisted in writing the new A’ Level specification and co-written accompanying text books.  In addition, Kathy is also Assistant Principal Examiner for that Board and works as a private tutor.  Kathy is married with two grown up children and is a member of Stanmore United Synagogue. 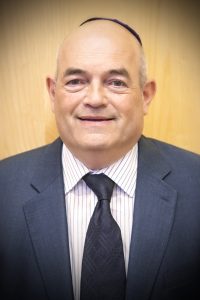 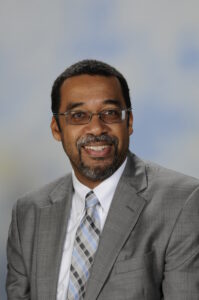 Richard is a business consultant, having held senior roles within large companies in diverse areas.

A Governor of both Secondary and Primary Schools since 1979, a Brent Councillor from 1982 to 1990, he was chair of Governors at a primary School in Roe Green.

This information will be available shortly. 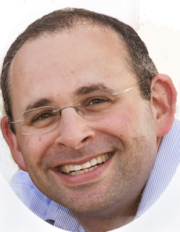 Rob has been involved with a number of different communal organisations since graduating from the UJIA’s Adam Science Programme for Jewish Leadership, including University Jewish Chaplaincy and the UJIA’s Yom Ha’atzmaut Committee. He also helped establish Sacks Morasha Jewish Primary School in Finchley in 2006 where he has been finance governor or treasurer since it was founded. He is also an associate trustee of the Jewish Community Academy Trust (‘JCAT’), a multi-academy trust for Jewish primary schools in London.

Rob is a qualified Chartered Accountant with an MBA, he has worked in either private equity or family office settings for the last 15 years and is the CFO for a family office based in Guernsey that specialises in property investment.

Rob is married to Simone and they have three boys, the eldest of whom joined JFS in Year 7 in September 2020. 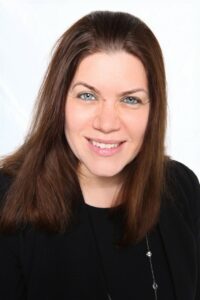 Susie has qualifications in Psychology, HR and Employment law and is a Chartered Fellow of the CIPD.  She has worked in HR and Employment law for over 20 years and was Head of HR Services for international law firm Freshfields prior to setting up an independent HR and Employment Law Consultancy.  Susie now advises a range of employers on HR and legal issues, from professional service firms through to schools and charities.

Susie has always cared passionately about Jewish students.  She was elected as the first female Chairperson of the Union of Jewish Students in 1995.  More recently Susie was a Parent Governor at Rosh Pinah Primary School where she chaired the Education, Ethos and Welfare Committee and also sat on the Governance and Staffing committees.  Susie has also been a Mentor to Year 12 students via the ORT Jump programme since 2018.  She has two daughters at JFS. 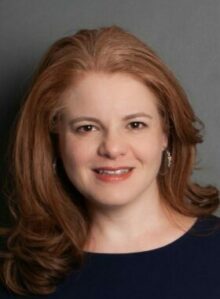 Louise is a proud alumina of JFS and she currently has three children in the school.  Louise was a governor at her children’s primary school, the IJDS, for over 9 years. During this period, she had a number of governor responsibilities including monitoring data protection compliance, being a member of the education committee and heading the admissions committee.

Louise works part time as a knowledge development lawyer in the dispute resolution team of an international law firm. She is involved in education and training both internally and to clients. Prior to this she worked in post-graduate education heading the direction and teaching of various modules on the Legal Practice Course at BPP Law School.

Louise is also a director of the B’nei Akiva youth movement. 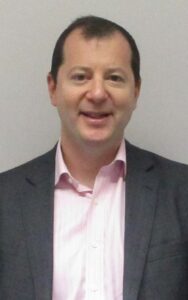 Adam, a former JFS pupil and Deputy Head Boy, was called to the bar in 1997 and is now the Director of Legal for The Sun newspaper.  He was formally at the Telegraph and the Mail Group.  His expertise and experience is in reputation management, in particularly, the issues surrounding free speech. During his 19 years working for the three largest newspaper groups he is quite used to dealing with high stake, crisis management issues.

He has a son, and following the family tradition he is currently working his way through JFS.

Adam is also director of the London Press Club, sits on the board of the Jewish News newspaper, is a director of BICOM, and is on the executive boards of the Society of Conservative Lawyers and Conservative Friends of Israel. He is a former President of the Cambridge Union. 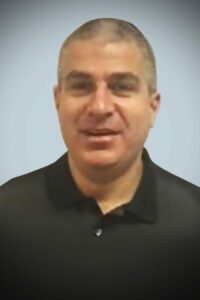 David, a former pupil of JFS, is a Chartered accountant currently running a corporate cost reduction consultancy and a small property investment company, giving him the flexibility to engage in governor responsibilities during the day as well as the evenings.

David has been a gabbai (warden) at Mill Hill United Synagogue and he is currently a volunteer at the Paperweight Trust.

He has three children who have all attended JFS School. 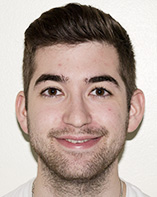 Michael is a secondary school history teacher who currently works at City of London School for Girls’, a leading independent girls’ school where he is responsible for the online safety provision for staff, parents and pupils.  He is Assistant Head of Senior School where he is responsible for the pastoral care and academic progress of pupils in Years 9 to 11.  Michael plays a leading role in formulating the strategy for how the Senior School runs.  He also oversees a team of Form Tutors as part of his role. Michael has also mentored newly qualified teachers in the past and plays an active role in leading on pedagogical change within the History Department to enhance the quality of education.

Previously Michael worked across Jewish secondary schools, having worked in the SEN department at JCoSS where he was a key worker as well as doing part of his teacher training at Yavneh College. Michael has recently completed his MA in Education Management with a focus on school leadership and quality of teacher appraisals, having also achieved further qualifications in leadership, coaching and speech and language. 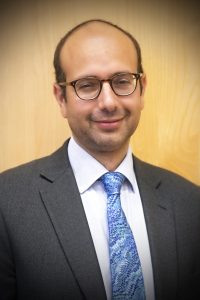 Rabbi Zarum is the Dean of the London School of Jewish Studies (LSJS). He is a senior lecturer on the BA and MA Jewish Education degree courses at LSJS, as well as their Teacher Training programmes. He is a consultant and educational advisor for a number of Anglo-Jewish education-based institutions, including JFS.

Rabbi Zarum is passionate about Jewish education and the systematic teaching of traditional Jewish texts. Through the Board of Deputies, he has recently been giving lectures to teachers in Catholic schools about the teaching of Judaism for the new GCSE Religious Studies