We are writing to you jointly as the Governors and the Senior Leadership Team of JFS at the start of the summer term and as lockdown begins to ease further.  We would like to reassure you that it is a priority for us to maintain an open and proactive dialogue where we support each other, particularly in light of recent events.  The primary objective for us as a school community is captured in our shared vision/values – that every pupil and staff member feels supported and celebrated by JFS and that kindness is at the core of our shared educational journey.

The School and the Governors are jointly determined that these are not just words and we have been looking for specific ways that we can turn words into actions.  As a response to the difficulties faced by everyone during lockdown and the pressures we are all experiencing getting back to a new normal, we have enlisted the support of Professor Peter Fonagy, a leading medical expert in the field of mental health and developmental wellbeing.

Professor Fonagy is the Senior National Clinical Adviser on Children and Young People’s Mental Health for NHS England; Professor of Psychoanalysis and Developmental Science and Head of the Division of Psychology and Language Sciences at University College London; Chief Executive of the Anna Freud Centre, London; and holds visiting professorships at Yale and Harvard Medical Schools.

Professor Fonagy will be assisting the leadership and whole staff team to revisit the school’s safeguarding systems and review our extensive wellbeing provision.  This will enable us to identify any gaps in our provision and to see if we can enhance the effectiveness of what is already in place.

We refer you again to the letter from Mrs Fink in last week’s newsletter, which also includes how your child can access support at school or externally should they wish to do so.  Our wellbeing services, including partner organisations, are available in the Wellbeing section of our website.

We look forward to sharing Professor Fonagy’s feedback with you in the near future. 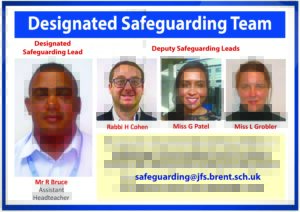 Designated Safeguarding Team - Click on image to zoom in

This week, as ever, has been a busy and exciting one for everyone in JFS. It started with the Duke of Edinburgh trip for a number of Year 10 students, the first one allowed in line with the Government’s roadmap, but also the first one since the sad passing of the Duke of Edinburgh himself. Many of our students were interviewed for national media to talk about the positive impact that this scheme has had upon them. That was quickly followed yesterday by our Tekes assembly, that was broadcast in every classroom in the school. It was run in conjunction with the Israeli Embassy in London as well as across the Jewish Community. Not only did our students take part in the presentation, Shelly Chitiyat in Year 8, sang beautifully and Chloe Fouladbakhsh and Saadiah Klein, from our Head Boy/Girl team, compered the event.

Yesterday we had the carnival atmosphere and celebration of Yom Ha’atzmaut. Israeli music blaring over the tannoy, candyfloss and falafel aplenty, arcades and rides being enjoyed by all the students and the proud colours of blue and white being worn, with balloons and bunting all over the building to celebrate the 73rd Birthday of the State of Israel.

Last year Lord Sacks spoke about what we could learn from Yom Ha’aztmaut during a pandemic. He spoke about two spaces. The outdoor public spaces, like the roads and parks and the indoor private spaces of our homes, community centres and places of worship. He noted how the Judaism of the past was only able to be celebrated indoors – in shuls, school, and homes (which is of course of incredible value) but was somewhat forced, as for many years there was a great personal risk to celebrate one’s Judaism outdoors in the open. Lord Sacks explained that the Torah is not a work designed for the individual’s spiritual connection, he said for that we have Psalms and prayers, but the Torah is an instruction manual for the creation of a society, with its values based on kindness, justice and compassion. A society based on welfare and relationships. It’s a book that promotes the collective above the individual. A society where we are all a small part of a larger whole.

We are a society where each individual’s actions have an impact on the other. The Torah gives us a code of conduct to become the people that we aspire to be. Lord Sacks explained that with the creation of the state of Israel 73 years ago, Judaism was brought out from the private domain into the public domain. He spoke about how the creation of Israel and its triumphs created a sense of outward Jewish Pride that hadn’t been seen or felt for over 200 years. He spoke about the Six Day war seeing an explosion of pride manifesting in people wearing Kippot in the open, that he had never seen before in his life. He connects the creation of the state to a Jewish confidence that had not existed within world Jewry for centuries gone by and that people feared would never return following the tragedy of the Holocaust. He describes how celebrating the festivals in Israel is not just something done in the home, but it is seen and felt in the streets, the crowds that gather by the Kotel in Jerusalem and the pictures that are broadcast around the world. Israel has become the centre point, not just for those who live there, but for Jews all over the world. In Israel Judaism belongs in the public domain, not just the private.

It’s strange how the pandemic has turned this around and the community’s celebrations have been celebrated online, back in private, rather than in person. But perhaps the pandemic has also brought Israel under the spotlight more than ever, with it leading the way with the vaccine rollout and it being the model that other countries are following.

May there never be a time when we should have to hide our Judaism and may we continue to be proud of our country and of our religion and the values that it espouses.  May we continue to build and model a school and a society that makes a positive impact on the wider society.

Dance Clubs are Restarting – Years 7 to 11

Message from the Music Department 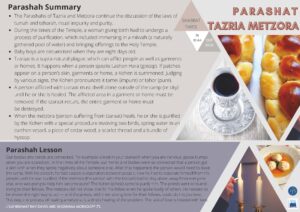 (This section is still under construction and will be updated shortly)

This website uses cookies to improve your experience while you navigate through the website. Out of these, the cookies that are categorized as necessary are stored on your browser as they are essential for the working of basic functionalities of the website. We also use third-party cookies that help us analyze and understand how you use this website. These cookies will be stored in your browser only with your consent. You also have the option to opt-out of these cookies. But opting out of some of these cookies may affect your browsing experience.
Necessary Always Enabled

Any cookies that may not be particularly necessary for the website to function and is used specifically to collect user personal data via analytics, ads, other embedded contents are termed as non-necessary cookies. It is mandatory to procure user consent prior to running these cookies on your website.