Following on from Andrew Moss’ communication last week, I just wanted to write and say that we are doing everything we can to set up well for next year. In a school that is almost empty with Year 11 and Year 13 having left, Year 9 on ATOI and Year 12 in their UCAS exams, it is affording us the time to make sure that our start in September will be as strong as possible.

In what feels like a moment’s lull whilst we prepare the timetable for next year, I just wanted to highlight some of the communications that you should expect from the school in the coming weeks.

In sharing these and refining the way in which the school was set up for this academic year, it is my hope that we will be able to build a school that is better able to support pastoral care as well as academic success. It was lovely to watch the Year 11s finish yesterday and the warmth of the celebration between them is one the things that makes the job seem very worthwhile. Our school is comprised of lovely students and it is my sincerest hope that with every year that passes, that same kindness, support and care that students show for each other is the norm. Year 13s are nearly there in terms of finishing as well and they leave us with the very best of wishes for their future. I know that they will go on to do incredible things!

In the meantime, I hope that we will also go on to do incredible things and I very much look forward to you being a part of it. In acknowledgment of all the words that we will be sending your way before the end of term, I will keep this week’s communication relatively brief but I do hope that you have a lovely weekend and that the weather holds true to forecast!

In this week’s Parsha of Shelach Lecha we read the famous story of how Hashem commanded Moshe to send 12 leaders, one from each tribe, to spy on the Land of Israel. Upon their return, 10 of the spies deliver their report to Moshe noting how the land, “Does flow with milk and honey” but that, “The people who live there are powerful and the cities are fortified and very large.”

Only two of the spies, Joshua and Caleb, offered an alternative perspective, encouraging Moshe to move forward, “And take possession of the land, for we can certainly do it.” Yet they were shouted down by their fellow spies, “We can’t attack those people,” they cried, “for they are stronger than we are… The land we explored devours those living in it. All the people we saw are of great size.”

On the face of it, one can understand the hesitation of the 10 spies. They bought into the language of fear and demoralization. They are big, we are small. They are strong, we are weak. They do not fear us, but we fear them. There is no way we will ever be able to win.

Yet what Joshua and Caleb understood was something vitally important and hugely fundamental to Judaism. We have never been a people of great numbers. Yet we have overcome every obstacle that has ever been put in front of us, throughout the generations of history, because we have one thing that differentiates us from all others, our faith in Hashem, and Hashem’s faith in us.

We all inevitably face challenges in our daily lives. But the real challenge is how we view the situations we face. The failure of the spies was not that they saw fortified cities or powerful people; it was that they interpreted those challenges as things they could never overcome. Cities are fortified because the people on the inside are afraid of what lies beyond the cities’ walls. People often make themselves seem powerful because they are internally weak.

So next time you find yourself in a situation, in or out of school, where you think that all you can see are fortified walls or a powerful person blocking your path or your dreams, stop for a moment, and see if there just might be a different way to view things. 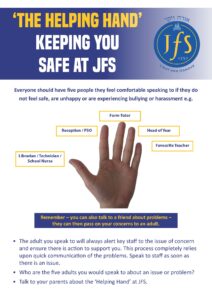 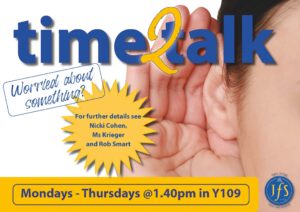 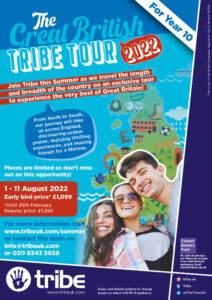 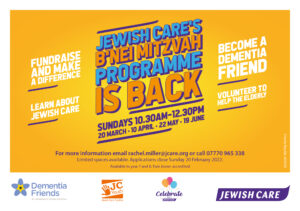 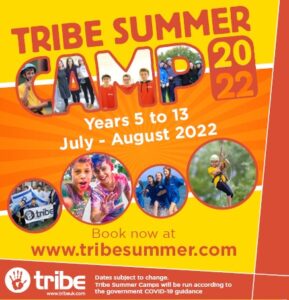 Key Dates for Your Diary