Right now at school, we are in the midst of planning for this year’s Purim celebrations. Although circumstances dictate that we will not be able to celebrate together in the same building, we will of course make sure that we mark Purim and celebrate as one school, in the most exciting, meaningful way.

Within Megillah Esther, which we read on Purim, clothing plays a really interesting role.

Esther ‘puts on royal clothing’ and approaches Achashverosh to invite him and Haman to a private party.

When King Achashverosh realises that he has not rewarded Mordechai for saving his life, he rewards him publically, dressing Mordechai ‘in royal clothing worn by the King’.

Following Haman’s execution, we are told that Mordechai receives royal robes of blue and white, a magnificent crown of gold, and a mantle of fine linen and purple wool.

Our ‘look’ though, can be very deceptive. Esther may have donned royal clothing, but with the threat of annihilation hanging over the Jewish people, it is unlikely that she felt like royalty on the inside (her inner feelings were far more bleak and we see that she fasted and prayed for three days to beg HaShem to save the people). When Mordechai was paraded through the streets in royal garb, it did not reflect his inner feelings of worry (we are told that elsewhere in the Megillah that Mordechai was at the gates of the palace, wearing sackcloth).

It was important for our central characters to remove themselves from the false façade of royalty and align their clothing with their inner feelings. Once they were in alignment, they could express their concerns, open up and ask for the help that they and the Jewish people desperately needed.

This message of feeling comfortable to express our concerns is as important for us as it was for the characters in the Megillah. Next week is Children’s Mental Health Week. One of the initiatives that we will be running is ‘Inside Out Day’ where we will be inviting the JFS community to wear an item/items of clothing inside out. The idea behind this national initiative is to encourage young people to talk more openly and freely about their mental health – because how someone looks on the outside doesn’t necessarily reflect how they are truly feeling on the inside. Next week, on Wednesday 3rd February, we invite staff, parents and students to turn clothing inside out and to get important conversations started. No one should be embarrassed about how they feel.

It’s important that children know that it’s OK not to be OK. No one is perfect, even though they may look so from the outside.

This Monday, 1st February 2021, there will be a late start for all students to accommodate important additional Microsoft Teams training for staff.

Students attending the Hub should still come into school at the regular time of 8.30 am and buses will run at the usual time. Please ensure they have something to occupy them until 11.00 am when registration will take place.

11.10 am – Period 3, all remaining lessons will continue as per the online schedule

This will replace the published late start on Monday 22nd February after the half term break.  School on that date will commence at 8.30 am (online). 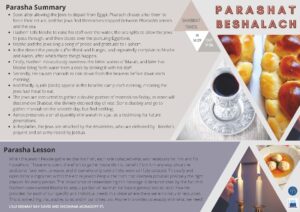 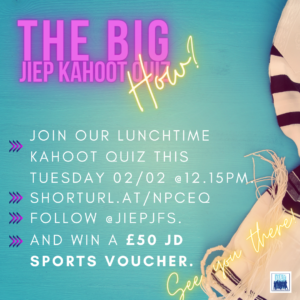 (This section is still under construction and will be updated shortly)